In 90 % of the cases, when I speak with businessmen about their aims, the majority of faces get illuminated when speaking about Zara. And if I ask them, they all respond: I want to be like Zara.

As you know I was employed at the Inditex group, precisely at Massimo Dutti. It was a wealth-producing experience in every sense and it was a stage of my life that fills me with pride. Though being employed at a multinational is not what fills me most, as for its dynamism and professionalism, it contributed in my knowledge that in another way would have taken years in learning. 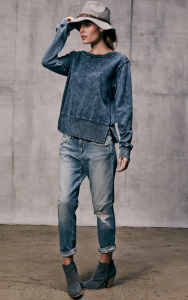 But today I am not going to explain to you on how Zara works but why I think that Zara or the Inditex group has had, has and will have. Under my point of view, and going back to the beginnings of Zara, the brand was in a certain way the one that socialized fashion industry. If you remember, when in 1975 Zara opened its first shop, fashion was only for some minorities; for the elite, for those who could afford it and normally prices were unattainable: or you had money or you were not fashionable. In Zara’s website you can read:

1976-1984: Zara’s fashionable concept experiences a good social reception that allows them to expand their shops to the principal Spanish cities.

Good social reception: Exactly! Of course! I remember when Zara opened their first shop I was designing at Mango which already was a known brand, but Zara’s prices, even though everybody said that the quality was bad… Well!! With the prices! I started listening at company directors “presuming” on how cheap a T-Shirt had cost them at Zara. 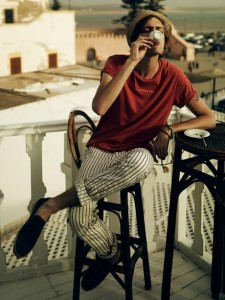 How did he do it and / or which is the secret, does it really matter so much? In my opinion what counts is the commercial vision. The great commercial creativity, the speed in the executions and specially that they had created a new system in which Prompt Fashion had been revalued.

There are many critical views with the Inditex group who say that they copy, do not have scruples, they push and squeeze suppliers… but who has never bought in any brand of the group? Why being like Zara and not as Armani or Prada? Why not be as yourself?

On my next post I will be giving you some clues in order that you and your company maximize your own resources.

To be like Zara? No. Be yourself with your own company, style and successes.

This website uses cookies to improve your experience while you navigate through the website. Out of these, the cookies that are categorized as necessary are stored on your browser as they are essential for the working of basic functionalities of the website. We also use third-party cookies that help us analyze and understand how you use this website. These cookies will be stored in your browser only with your consent. You also have the option to opt-out of these cookies. But opting out of some of these cookies may affect your browsing experience.
Necessary Always Enabled
Necessary cookies are absolutely essential for the website to function properly. This category only includes cookies that ensures basic functionalities and security features of the website. These cookies do not store any personal information.
Non-necessary
Any cookies that may not be particularly necessary for the website to function and is used specifically to collect user personal data via analytics, ads, other embedded contents are termed as non-necessary cookies. It is mandatory to procure user consent prior to running these cookies on your website.
SAVE & ACCEPT